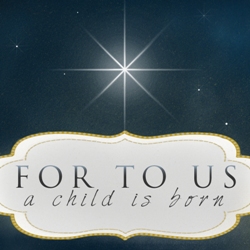 Do you remember, when was the last time ’A news’ had brought great joy to ALL mankind? Was it when Germany won the football world cup in 2014? No, people in Argentina would tell you how much they were hurt of the loss. How about the time when Neil Armstrong and his crew made the giant leap to the moon? It sure did bring joy to the scientific community and also for many common people who were aware of its significance. How about the time when Nelson Mandela was released in 1990 after 27 years in prison? May be yes, it brought hope to lot of people in Africa and also joy to many people in the world.

A news would bring great joy to all the people in the world, only if it is relevant to every single person in the world. Certainly that would be a massive news and surely one of its kind. Think about the different people groups, language groups, cultures and also other socio-economic, demographic and geographic differences that exists. Secondly, a news can bring joy to someone only if it’s a good news. Nobody will be filled with joy if it’s a bad news for them. A news, to bring joy to all the people, must be relevant and it should be good.

Two thousand years ago, Jesus Christ was born in Bethlehem town and His birth was announced first to the shepherds in Bethlehem. But the message carried a universal content that it is a good news which brings great joy to all the people. How can this news of the birth of a child 2000 years ago in Judea be significant and relevant to us who are living in some part of the world in the 21st century? But the truth is that it is a good news then and also now, to them (shepherds) and also to us because His birth addresses an issue common to all at all times. The Bible in Matthew 1:21 says, “She will give birth to a son and you are to give him the name Jesus, because he will save his people from sins”. Sin is universal, every human being wants to be free from sin and everyone has sinned and it has corrupted every society. The verse in Luke 2:11 says, “A Saviour has been born to you.” It means that His birth is relevant to every one of us who acknowledges the sinful nature in us and realises the need of a Saviour to save us from our sins.

It’s a good news then and also now, to them and also us because it addresses another common issue, Love. The Bible says in 1 John 4:7, “Dear friends, let us love one another, for love is from God. Everyone who loves has been born of God and knows God, because God is love”. This verse indicates that God is love. Every human being is in need of love and the source of love is not in mankind itself but in God who created us. His love is clearly explained in John 3:16-17, “For God so loved the world that he gave his one and only Son, that whoever believes in him shall not perish but have eternal life. For God did not send his Son into the world to condemn the world, but to save the world through him.” Amidst hatred and killing one another for the sake of faith, we unconsciously or consciously express God as the source of hate. But Jesus is the expression of God’s love for human kind and strongly emphasises the truth with authority that God loves everyone in the world irrespective of their looks, languages, belief system, cultural differences and ethnicity, because it is He who created all of us.

It’s a good news then and also now, to them and also to us because through Jesus, God is with us. The Bible clarifies this in Matthew 1:23, “The virgin will be with the child and will give birth to a son and they will call him Immanuel, which means God with us”. Jesus Christ, the Son of God was born into this world in human form. The creator of the universe came to this earth in human form and lived among us to assure us that He is not far away watching us, but with us always.

In this Christmas season, it is very important for us to know that Jesus Christ was born for all the people of the world. His birth is not only significant to a certain group but for everyone. This message is universal and to all the people, which means it is personal and relevant to every single person. Luke 2:10-11 says, ““Do not be afraid , I bring you the good news of great joy for all the people, Today in the town of David a saviour has been born to you; he is Christ the Lord.” This Christmas, let this Jesus who was born for us in this world be born in our hearts and fill our hearts with great joy. Merry Christmas!