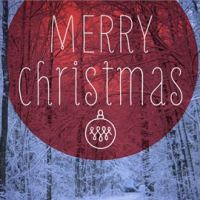 Few weeks ago, I was sitting in front of a 10 year old girl who recently had an issue and I had to counsel her. It’s one of the most difficult sessions I had and I was nervous about it. I work in an organization where we have uncared and under privileged children getting educated. Most of the children do have someone, either their father or mother or at least relatives. This little girl is very unique among all of them as she is the only one who doesn’t have anyone and there is no one to tell about her! Recently her friends teased her and she was hurt. They blamed her for not knowing her parents name as they all know their parents’ name. From that day onwards, she was low and was hurt deeply. She was feeling guilty, helpless and betrayed. It was only then that she came to me to share this. “What are all the questions she would be asking within herself”, I was thinking as I sat down to write this article connecting her real life story. She might be asking lot of questions about her beginnings. The questions may be like “Who am I?”, “Who are the ones who were the reason for my existence?”, “where are they?”, “How would they look like?”, “what would be their names?” and so on.

I just want to connect the inner feelings and curiosity of this little girl to that of the whole humanity. Whether we like it or not, these are the questions we often ask as humans and in recent centuries the curiosity has become much more, which has propelled the human civilization to go beyond its own boundaries defying all physical laws in search of the answers to their own questions and theories they made. Most of our educational and scientific researches are based on the origin, existence, sustenance and effective sustenance of human life. Whether its Charles Darwin’s theory on Origin of species or Stanley millers experiment on Origin of Life or the much hyped Big Bang theory and many other proven or unproven researches and theories in any field should fall under these four categories above and all reflect the curiosity of the human being to know the unknown (X). This is exactly like the same feeling and curiosity of the little girl to know her own unknown.

What if our origin is already revealed? (Genesis 1:1 & John1:2) What if the basic building blocks of the existence of universe is already exposed? (John 1:3) What if the sustenance or the survival of human life in this earth is actually the course of a Journey we all make where we all are analysed and inferred? (John 14:1-4) What if the destiny of the entire humanity is already set under a common parameter? (John 14:6-7 & John 3:17)) And what if the only thing you and I have to do is to just believe? (John 3:16)

John 1:2-4 says “He was in the beginning with God, All things were made through Him, and without Him was not anything made that was made, In Him was life”. He goes on to say in verse 9 and 10 “The true light, which enlightens everyone, was coming in to this world. He was in the world, and the world was made through him and the world did not know Him”. The Universe was created through Him, and through Him, Life came in to existence. He came in to the world so that through Him humanity might be saved. But as the verse says, He was in the world which was created through Him and the world did not know Him. God of the world who created the whole universe, who is the beginning and the source of all existence revealed himself as a man through Jesus Christ two thousand years ago and ascertained the very purpose of human life and existence. The Christmas story is the story of Jesus and His birth, He was born as a child through virgin birth (Isaiah 7:14) in Bethlehem. But this story neither stopped there nor began there as it had more to it before and after (Revelation 22:13).

Jesus had the entirety of the whole humanity in him and through Him the unknown God (X) became known in our physical realms, and the invisible became visible in flesh (John 1:14) in order to give himself as a sacrifice and save humanity. But as the verse says, the world and the people who were made through Him (Jesus Christ) did not know Him (John 1:10).

A small but significant difference between the story of the little girl and of the whole humanity is that her parents might have left her or abandoned her. But God the father (the source of all existence) didn’t abandon us. He had made Himself known through Jesus Christ and gave us all an identity, a name to call upon (Matthew 1:21, Acts 4:12). But the human race is still denying its very Origin by denying Jesus Christ. God became Man through Jesus in a virgin birth (Isaiah 7:14 & Matthew 1: 22&23, Isaiah 9:6) to save all mankind and lead them towards everlasting life. He became one of us to show us the way back to our origin. Yes, everything has been already revealed. He made Himself known to us through Jesus Christ but has left the choice with us to believe Him.

The search of our origin and existence will never end unless we believe. The truth is not in the outer cosmos but right beside us. May be you can negate it and keep on searching but you may lose your valuable time here on this earth without knowing your true identity. Christmas is a wonderful time to celebrate this revelation of God. It can be also your time to know your unknown (X) through the same revelation. And this is the Christmas message that the unknown God (X) made himself known to us and the unknown (X) becomes known (Christ), making it Christmas with X=Christ. God became one of us in Christ in order to make us one with Him.

And yes, the little girl has overcome her grief now and she is happy as ever, looking forward to the Christmas season.