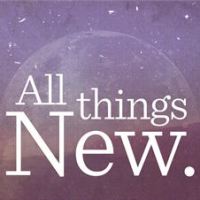 My Guitar was making strange sounds and I tried to tune it properly. No matter how I fine tune it, it sounded the same. When I started to play, one of the strings broke. It was then I realized that the guitar needed new strings. It cannot make proper sound unless it’s changed. If I have to give a new beginning to the guitar, I need to change the strings to a new one. New Year signifies different things to different people. I want to call it a year of new beginnings.

The Bible talks about new beginnings in many places. From the first book Genesis to the last Book Revelation, it has stories of new beginnings of the world, universe and humanity as a whole but also about the new beginnings in the lives of people. One such story is the story of Zacchaeus found in Luke 19:1-10.

Zacchaeus was a Government officer in the ancient city of Palestine called Jericho. He lived at the same time when Jesus lived. It was also the time when Romans ruled the entire Middle East. He was a chief tax collector in the Roman Government (Luke 19:2), and the Bible says he was rich. One day Jesus passed through Jericho, and Zacchaeus wanted to see Him. Being short it was difficult for him to see Jesus, as there were lots of people gathered to see Him. He had to climb a sycamore tree to have a clear view of Jesus. And verse 19:5 says “When Jesus reached the spot, he looked up and said to him, “Zacchaeus, come down immediately. I must stay at your house today.” So he came down at once and welcomed him gladly. You might ask what is so surprising in Jesus offering to stay at the house of Zacchaeus, a chief tax collector. The answer is found in the latter verses which explain the background.

People in Jericho were not so fond of Zacchaeus because of the following reasons: Firstly, he was a Roman tax collector in Palestine who receives tax from the natives, like how the indigenous Indians had to pay tax to the British before becoming Independent. Secondly, he probably was a corrupt officer who received money from people unethically. Luke 19:7 is a strong indicator of how people thought of him, “All the people saw this and began to mutter, “He has gone to be the guest of a sinner.”” He was not loved and rejected by the people around him. He might have been even mocked and humiliated for his act of unrighteousness or betrayal towards his people in the past. Everyone judged him as a sinner and would have isolated him by not even visiting his house. But then Jesus came across his life. Jesus knew not only his name but also everything he had ever done in his life. He knew his life was not great, but when the community and people around him chose to hate him, reject him and condemn him, Jesus chose to love him, accept him and visit him. It was then people muttered saying that Jesus went to stay with a sinner.

The unconditional love and acceptance shown by Jesus to Zacchaeus even after knowing his sinful and unrighteous past started moving Zaccheus towards a change in His heart and life. He repented of his sinful past and immediately takes his first step forward towards a new beginning in his life. But Zacchaeus stood up and said to the Lord, “Look, Lord! Here and now I give half of my possessions to the poor, and if I have cheated anybody out of anything, I will pay back four times the amount.” (Luke 19:8).

You may be someone who had been rejected by people of your sins and tagged by your own people around you as a sinner and an unworthy person. There could be even no one to show you love. You might be a person who is condemned and humiliated time and again of the life you have lived. God has a good news for you through the life of Zacchaeus. The Love of Jesus Christ is so free and unconditional that he doesn’t condemn but accepts you just the way you are as he did to Zacchaeus. He is not someone who sees your past and judges your future, but the One who chose to leave His own glory to stay with sinners like us. Zacchaeus never experienced true love in his life before and Jesus was the first one to give him that. That love changed his heart towards righteousness and that acceptance made him worthy. He repented of his sins and pledged to do the right. The encounter with Jesus gave Zacchaeus a new beginning in his life. When Jesus wanted to visit his house, he gladly opened up to him and received him. That same Jesus is ready to visit your life today. He is waiting near the door of your heart to show his love by offering you his forgiveness of all the things you have done in the past which are troubling you deep within taking away your peace.

In this New Year, a new beginning is awaiting you and God is ready to give that new beginning and fresh start you are waiting for. “Forget the former things; do not dwell on the past. See, I am doing a new thing! Now it springs up; do you not perceive it? I am making a way in the desert and streams in the wasteland.”, He says in Isaiah 43:18-19. There is no more condemnation if you believe and accept Jesus. “Therefore, there is now no condemnation for those who are in Christ Jesus.” (Romans 8:1). Jesus came down to this earth 2000 years ago to die on the cross for our sins and only through His blood we can receive the forgiveness that we need. “But he was pierced for our transgressions, he was crushed for our iniquities; the punishment that brought us peace was on him, and by his wounds we are healed.” (Isaiah 53:5). The truth is that the cost is free and you don’t have to do anything to receive that forgiveness. His love for you is so unconditional that you just need to repent and believe. “I’m not saying this to you as a blameless person, I too once was lost, and I too didn’t live a life of worthiness but one day Jesus visited me and I opened up my heart to Him. His love filled me and he gave a new beginning in my life and my life was not the same anymore, and it was completely changed”. Jesus finally says to Zacchaeus and everyone gathered there in verse 9, “Today salvation has come to this house, because this man, too, is a son of Abraham. For the Son of Man came to seek and to save the lost.” Once you repent and surrender your life to Jesus, a new beginning takes place in your life.

For the guitar to sound good, I can buy a new string from a musical shop to replace the old strings. But what shall we do to change our sinful past. There is only one way towards new beginning. It is to offer our lives to Jesus who is waiting near the door of our hearts. Let this New Year be a year of new beginning for you. Jesus loves you!