Discover the meaning of Life 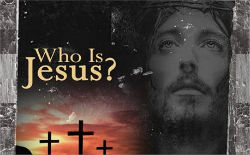 Jesus is the Son of God. “He is the image of the invisible God, the firstborn over all creation.” “For God so loved the world that He gave His only begotten Son, that whoever believes in Him should not perish but have everlasting life.”

God Himself testified of Him from heaven, saying, “This is My beloved Son, in whom I am well pleased.” “All things were made through Him, and without Him, nothing was made that was made.”

Two thousand years ago, an angel appeared to Virgin Mary and said to her, “You will conceive and give birth to a son, and you are to call him Jesus.” “How will this be,” Mary asked the angel, “since I am a virgin?” The angel replied, “The Holy Spirit will come on you, and the power of the Most High will overshadow you. So the holy one to be born will be called the Son of God.” The birth of Jesus is unique in this regard. As promised by God, she gave birth to a Son and named Him Jesus, who was, is and will be the Saviour of the world.

At the age of 30, Jesus started doing the work appointed to Him by God the Father. He preached the good news, healed the sick and even raised the dead. “The people were amazed when they saw the mute speaking, the crippled made well, the lame walking and the blind seeing.”

His teachings were so unique and full of authority. He said, “Love your enemies, bless those who curse you, do good to those who hate you, and pray for those who spitefully use you and persecute you.”

Since many people started following Jesus, the rulers and the religious authorities became envious of Him. They planned to get rid of Him. But Jesus Himself foretold His death saying that he must suffer many things at the hands of the elders, the chief priests and the teachers of the law, and that He must be killed and on the third day be raised to life.

Jesus was finally arrested and was led by the high priest who was the judge of the Jews. They looked for false evidence against Jesus so that they could put him to death. But they did not find any, though many false witnesses came forward. At last, they accused him of calling Himself the Son of God.

Then they spit in his face and struck him with their fists. Some slapped him. As foretold, He was sentenced to death. Jesus had the power to deliver Himself. But He chose to die so that our sins would be forgiven. He bore our sins in His own body on the cross, so that we might live.

“He was pierced for our transgressions; He was crushed for our iniquities…” He died on the cross. His body was wrapped in a clean linen cloth and He was laid in a tomb. Again as He had foretold, on the third day He rose from the dead. He was seen by many of His disciples and at the appointed time, He went up to heaven to be with the Father.

All of us have sinned against God and deserve the punishment of eternal death in hell. Jesus paid the price for our sins. His death is the ultimate penalty for the sins of the whole of mankind. He is the only way to heaven. No one can reconcile with the Father except through Him.

“For there is one God and one mediator between God and mankind, the man Christ Jesus.” No one else can save you from your sins. “For there is no other name under heaven given to mankind by which you must be saved.” Receiving His gift of love doesn’t require you to do anything. “For it is by grace you have been saved through faith and this is not from yourselves, it is the gift of God.” Jesus has already paid for it on the cross.

All you need to do is admit your sinful condition, repent and believe that Jesus Christ paid the price for your sins on the cross. “If you confess with your mouth the Lord Jesus and believe in your heart that God the Father raised Him from the dead, you will be saved.”

Do you want to receive Jesus Christ in your life?

The decision you take now is the most important decision of your life. If you shall confess with your mouth the Lord Jesus, and shall believe in your heart that God has raised him from the dead, you shall be saved. Jesus Christ died on the cross to pay the price for your sins. But He has given you to choose Him as your Savior and be forgiven of your sins. If you want to accept Jesus as your personal Savior, you can do so by saying the prayer mentioned below. Saying this prayer will not save you. Only your faith in Jesus can save you. Prayer is a way to express your faith to God and thanking Him for the forgiveness He offers. You can pray a prayer like the one below to express your faith in Jesus:

“Lord Jesus, I admit that I am a sinner deserving eternal condemnation. I believe that You are the Son of God and that You died on the cross to pay the price for my sins. I trust in You alone for my salvation. Thank You, for forgiving all my sins and giving me eternal life in heaven. Lord, guide me every day and lead me forever. Amen!”

Does this prayer express your heart’s desire?

Let us know your decision by clicking the buttons below.

Yes, I prayed this prayer

No, I still have questions